Bach Flowers are preparations based on herbal ingredients, identified in the 1930s by Dr. Edward Bach and recognized by the WHO (World Health Organization). According to Dr. Bach’s vision, the 38 Bach Flowers, appropriately extracted from wildflowers (with the exception of spring water from sources known for their particular properties), encourage the innate rebalance and harmonization capability in case of personality troubles or altered emotional states.

They can be taken singularly or in association, depending on the mood and the individual needs.

Each remedy reflects a specific emotional and behavioural condition that allows an individual to develop, regain and express his/her own vital resources and inherent adaptation abilities.

GUNA Bach Flowers are:
• in a stock concentration according to Dr. Bach’s original instructions
• in a solution of organic brandy and water with characteristics similar to those of biological water
(see box);
• provided with a dropper with guarantee seal;
• provided with a colour coding identifying Dr. Bach’s 7 emotional categories.

Take remedies singularly or in association:

Take this solution several times during the day.

The 38 Bach Flowers are classified in 7 groups defined by Dr. Bach relating to the emotional states:

Was born on September 14th 1886 in Mosley, a village nearby Birmingham. A bright thought, persistency, generosity, sensitivity and intuition are among his talents.

He loves nature and is a free spirit, Edward Bach leaves his job at his father’s brass foundry to dedicate himself to the study of medicine. He graduates at the University College Hospital in London in 1912. Very soon he becomes a smart professional, nevertheless he develops a certain unsatisfaction for the therapeutic methods of his time because they are too much focused on a physical and mechanistic vision and pay few attention to the character, behaviour and psychoemotional aspects of the human being. Bach observes that individuals having similar personality and character tend to react in the same way to stressful situations.

His assignment as assistant bacteriologist at the University College Hospital at first, and later as bacteriologist at the London Homoeopathic Hospital, gives him the opportunity to identify 7 groups of intestinal bacteria relating to 7 personality types. The appraisal for Dr. Bach’s work results in more and more numerous people attending his praxis in Harley Street.

Nevertheless, he disregards his success and intends to carry on his research, as he is convinced that there must be vital and harmless principles in nature that are able to come to resonance with a condition of wellbeing. He finds these principles in the wildflowers growing in the Welsh countryside: he identifies the first three flowers (Impatiens, Mimulus and Clematis) in 1930. In the same year he understands, by observing them, that dew drops hit by the sun get impregnated with the essence of the plant on which they lay. Precisely from this intuition he develops the Method of the Sun for the preparation of Mother Essences.

He dedicates himself to his research and to the publication of his discoveries, regardless of fame and economic return. He sells all his goods, he often offers his services for free and is content of worn-out clothes, sure that he will find in some way all that he needs, as this is what regularly happens. Later he discovers other flowers and in 1932 he completes the series of the first 12 flowers that he will call “Healers”. Between 1933 and 1934 he identifies other 7 flowers that he calls “Helpers”. Then he finds also the last 19 flowers that he declares to be more “Spirituals”. Furthermore, as he has to prepare the Mother Essence of Cherry Plum, whose plant is woody and hard, at the beginning of the spring when the sun is still not particularly intense, he develops the Boiling Method. He died in sleep on November 26th 1936 after having concluded his work whose beneficial effects we can still enjoy.

Water is the essential component of biological systems: about 99% of their molecules number and 60-70% of their weight.

The water of the living systems is Super-Coherent, that is to say it has a wide organization and a collective oscillatory rhythm among the Coherence Domains (coherence among CDs) (2, 3).

The WHITE technology exploits materials that have been informed by specific electromagnetic fields generated by a light passing through biological vegetal filters characterized by high biodiversity and bioactivity that is coherent with biophotons emission (4). In turn these materials inform the liquid element, thus obtaining Super-Coherent Water (5, 6, 7).

By adding an informed filter with the frequencies of the 38 Bach Flowers, a specific resonance of the 38 essences is obtained and this makes the liquid more receptive and amplifying towards the information of the latter.

Guna Bach Flowers and Resource Remedy are the unique preparations at a stock concentration level according to Dr. Bach’s Original Method, in a solution of organic brandy and Super-Coherent water obtained thanks to the WHITE method, in order to make them:

Resource Remedy is an Optimal, Synergistic and Complementary Combination of Dr. Bach’s Flower Archetypes to evoke your inner resources and your inner adaptability when you want to relax, calm down and to manage your stress.

It is useful to have appropriate resources to face strong emotional alterations due to everyday’s stressful events:

DIRECTIONS
4 drops directly in the mouth, or diluted in a little water. Take the drops 3-4 times daily. It is possible to repeat the intake at intervals of 5-10 minutes for one hour. 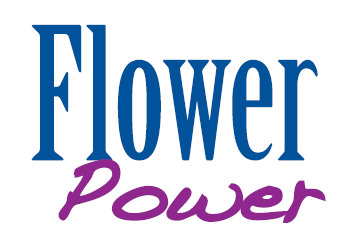 Flower Power is a water-alcohol solution of Water and organic Brandy, ready for the preparation of personalized mix of Bach flowers according to Dr. Bach’s original specifications. It is an ideal basis to create flower complexes because it is prepared with organic brandy and Holographic technology WHITE Bioresonance®.

30 ml bottle with tamper-evident seal and dropper included separately in the package.